The Clarke Family Coat of Arms 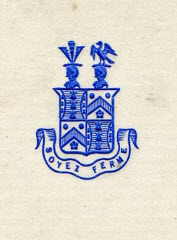 The Clarke Family Coat of Arms (pictured at the right), contains several elements that are researched at Hyde Hall on an ongoing basis. One of these elements is the bird that is pictured in the upper right of the crest. John Bower, Hyde Hall’s Publicity and Outreach Manager and a senior site interpreter, has discovered the following information:

The liver bird is the symbol of the city of Liverpool, England. The use of a bird to represent the city dates to the medieval era, but the idea that the “liver bird” is a mythical creature specific to Liverpool evolved in the 20th century. The bird is normally represented in the form of a cormorant holding a branch of laver in its mouth, and appears as such on Liverpool’s coat of arms.  (Source: Wikipedia) 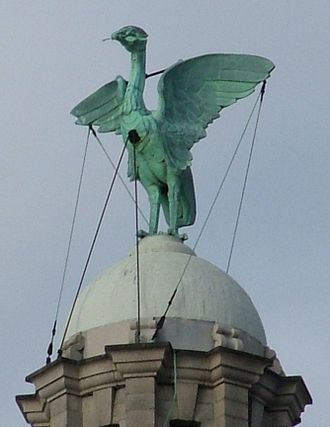 The bird’s species has long been the subject of confusion and controversy. The bird shown on the medieval seal is generic, but the wording of the seal contains references to King John, who granted the town’s charter in 1207. John, in honor of his patron saint, frequently used the device of an eagle—long associated with St. John. Further indication that the seal was an homage to King John is found in the sprig of broom initially shown in the bird’s beak, broom being a symbol of the royal family of Plantagenet.

By the 17th century, the origins of the bird had begun to be forgotten, with references to the bird as a cormorant, still a common bird in the coastal waters near Liverpool. The 17th century mace refers to a “leaver,, while a manual on heraldry from later in the century confuses matters further by assuming this term is related to the old Low Dutch word lefler, meaning spoonbill—a bird rarely found in northern England. 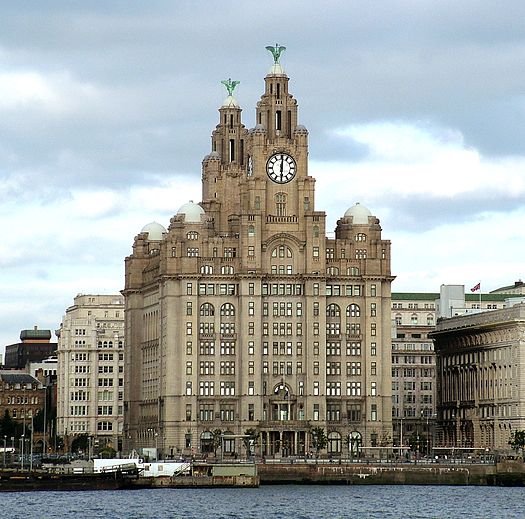 The College of Arms refers to the bird as a cormorant, adding that the sprig in the mouth is of laver, a type of seaweed, thus implying that the bird’s appellation comes from the sprig.