Seward to Be Honored at Hyde Hall 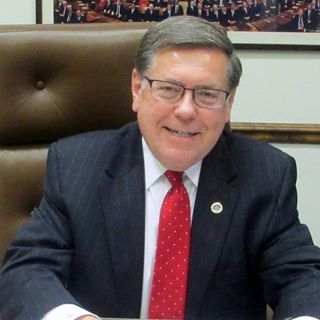 The Trustees of Hyde Hall, the National Historic Landmark and State Historic Site located in Glimmerglass State Park, are pleased to announce that New York State Senator James L. Seward will be honored for his service to the community at the August 4, 2018 Hyde Hall summer Gala.

First elected to the state senate in 1986, Senator Seward serves as state senator for the 51st  District, which is comprised of all or part of nine counties. Long a supporter of Hyde Hall, in 2016 Seward co-sponsored legislation that would extend for another 30 years the public/private partnership between the State of New York and Hyde Hall, Inc., a 501 c3 non-profit organization dedicated to the preservation and restoration of Hyde Hall as a museum and cultural center.

Jonathan Maney, Hyde Hall, Inc. Executive Director and C.E.O., cites Senator Seward’s advocacy for museums and education as the reason for this honor. He says, “Jim’s work securing state aid for local school districts and special education initiatives makes him a friend to all who care about education and preserving history and our local heritage. The work he’s done to improve education as well as his tireless commitment to giving back to the community make him an obvious choice to be this year’s Hyde Hall Gala honoree.”

“Jim Seward has done so much for our area and for Hyde Hall,“ says Gilbert T. Vincent, Hyde Hall, Inc. Board Chairperson. “The grants he helped us get have made it possible for us to spring forward with major restorations. Tin Top, the original gatehouse that is now our Visitors’ Center, the new pine floors inside the house, and repairs to the Portico would not have been completed without his support.”

Please visit www.hydehall.org for more information about special events such as the August 4th Jane Austen-themed Gala. Tickets may be purchased by calling 607-547-5098 x8.