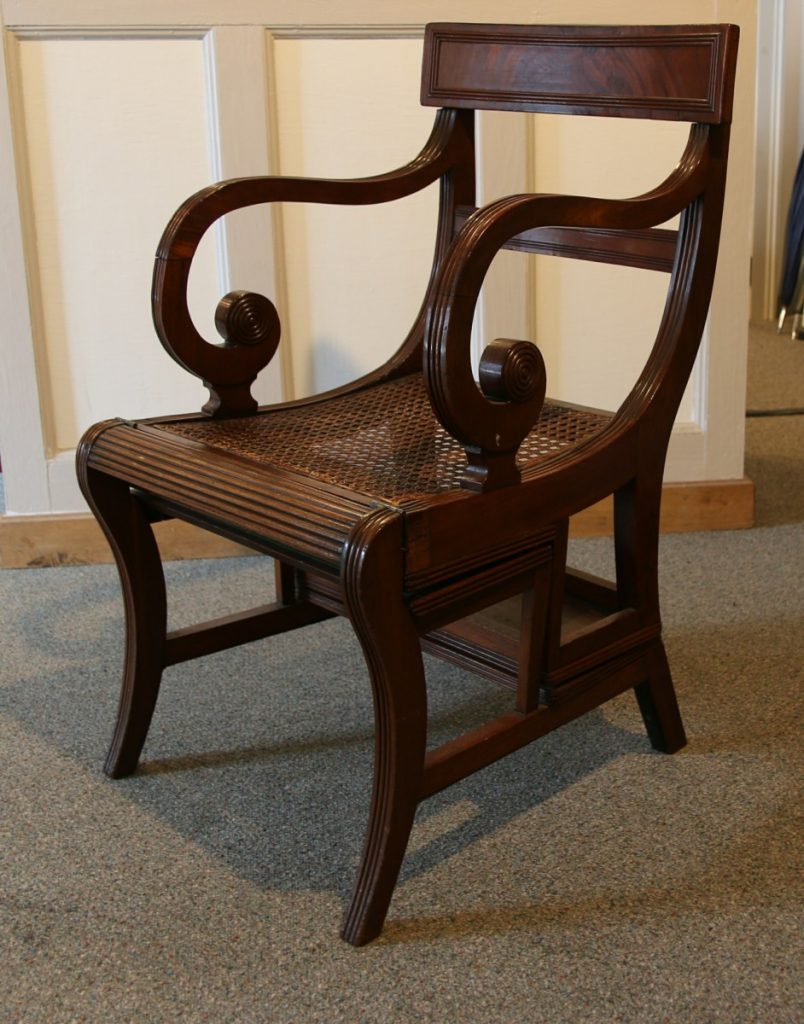 This dual-use piece of furniture was designed for a private gentleperson’s library. With the chair seat turned over at the hinge connected to the chair’s base, the metamorphic chair is transformed into steps to help the user reach the higher library shelves.

Tables, chairs and stools containing Library Steps were patented in Great Britain by Robert Campbell in 1774 but the chair-based design did not become popular until the second decade of the 19th century. Despite the appeal of the Regency period Metamorphic Library Chair, there is limited information available on the development of the design or the firms that made them. Most design references are based on two outline sketches. The first, by Rudolph Ackermann in 1811, illustrates a Morgan & Sanders chair and the second shows a chair made by Gillows in 1834.

According to a surviving receipt, George Clarke purchased a metamorphic chair made by John Meads, Albany cabinetmaker, in 1825.

The design of the Meads chair closely followed English prototypes and was similar to one shown in the 1811 Ackermann illustration. While not original to Hyde Hall, the English mahogany metamorphic chair now in our Collections is nearly identical to the original Hyde Hall example that appears in 1930s interior photos. 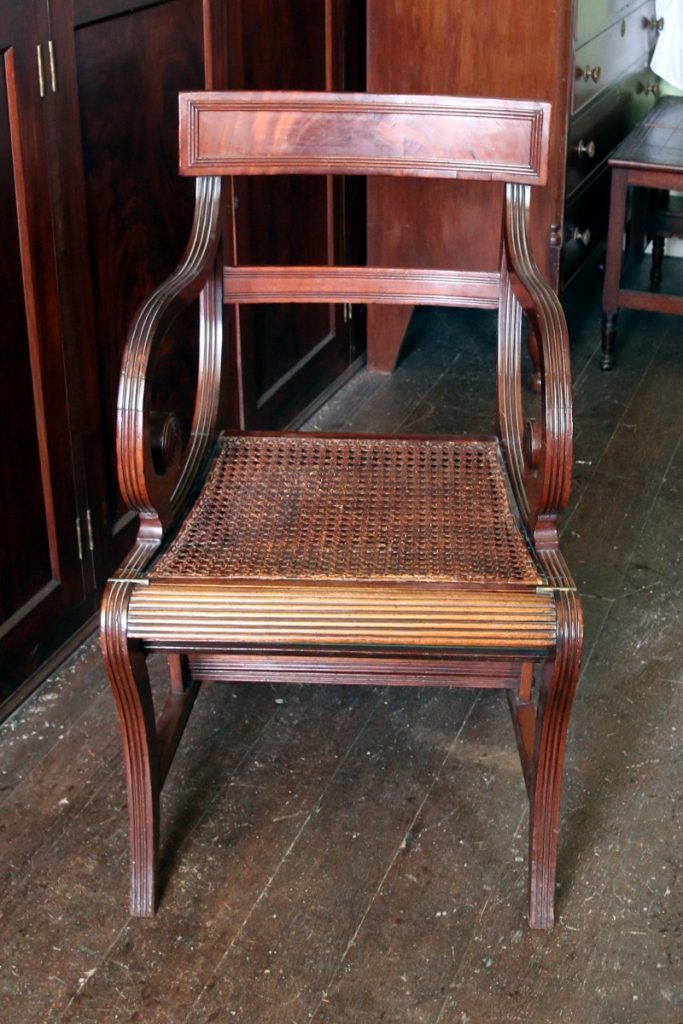 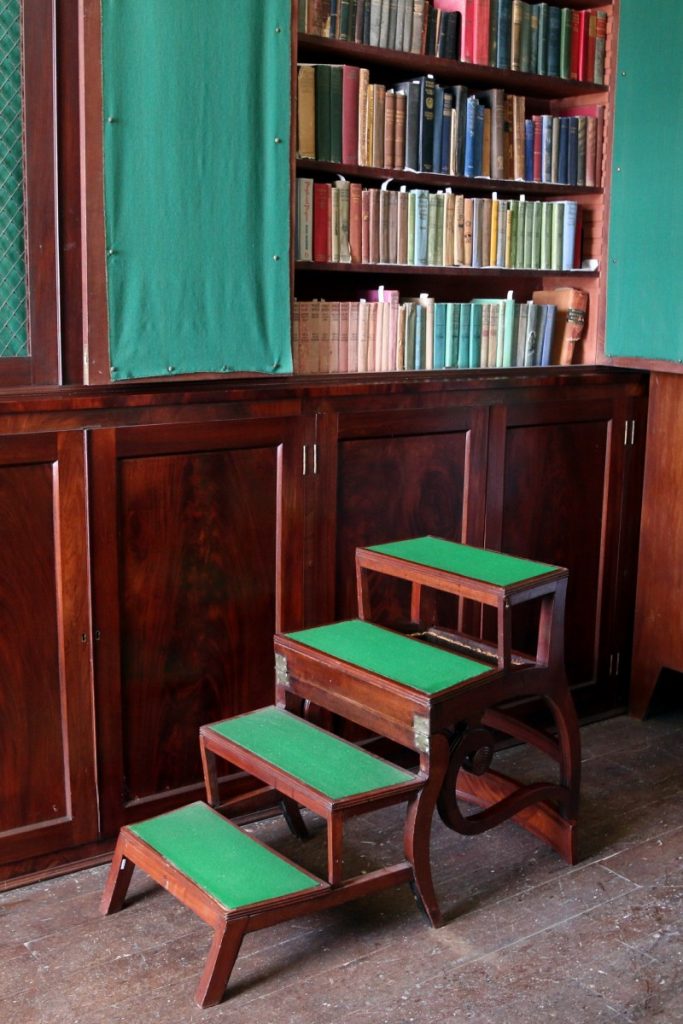