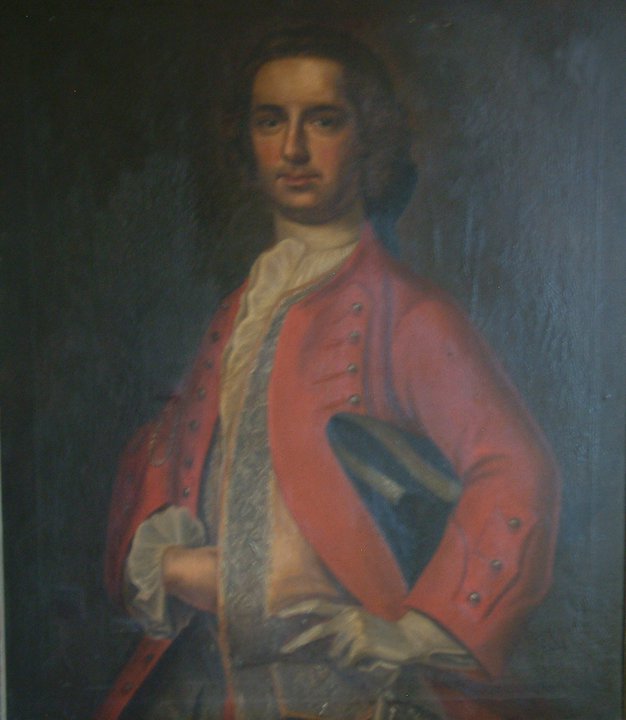 So just how did the Clarke family’s Jamaica connections begin? A major link in this highly renumerative chain was the fortuitous marriage of this red-coated gentleman, paternal grandfather of Hyde Hall’s builder, George Clarke: Major Edward Clarke (1716 — 1776).

Third son of George Clarke, acting royal governor of New York, and a grandson of Edward Hyde, royal governor of North Carolina, he took as his bride, around 1741, Elizabeth Haughton (ca. 1711 — 1764), third daughter and co-heiress of the Jamaica planter Col. James Guthrie. More significantly she was the third wife and widow of sugar baron Col. Richard Haughton, who died in 1740, five years after their marriage, leaving Elizabeth with a significant portion of his fortune and a young son, Samuel Williams Haughton (1738 — 1793, later Speaker of the Jamaica Assembly).

The Clarkes apparently lived in Jamaica for a significant portion of their marriage and had two children: George Hyde Clarke (1742 — 1824), the reprobate of Hyde Hall in Cheshire, and Ann Clarke (ca. 1744 — 1763), who died at age 17 and whose memorial inscription describes her as “their beautiful daughter.”

This painting of Edward Clarke is in the possession of a descendant in England.