George Clarke was well versed in gardening and landscape architecture and held an extensive library of literary and trade sources on the topics.  The gardens at Hyde Hall were re-developed several times, beginning with items for practical use and then turning to a mix that included more ornamental plants and flowers.  Clarke also invested in apple orchards on the estate and experimented with other types of fruit trees as well.

The Hyde Hall gardens were located on the grounds on what is currently the parking pavilion for Glimmerglass State Park, just below the location of the family vault.  There was a garden house in this area and a fountain in the center.   The archived receipts show that the Clarkes  purchased decorative plants and flowers, fruit trees, and a number of items presumably used as supply for household meals.

A few drawings of the Garden Plans are below: 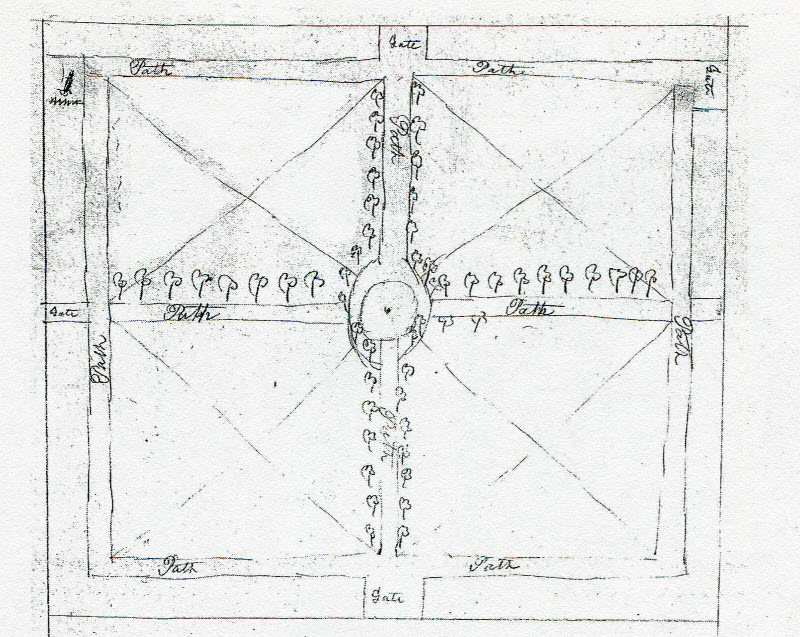 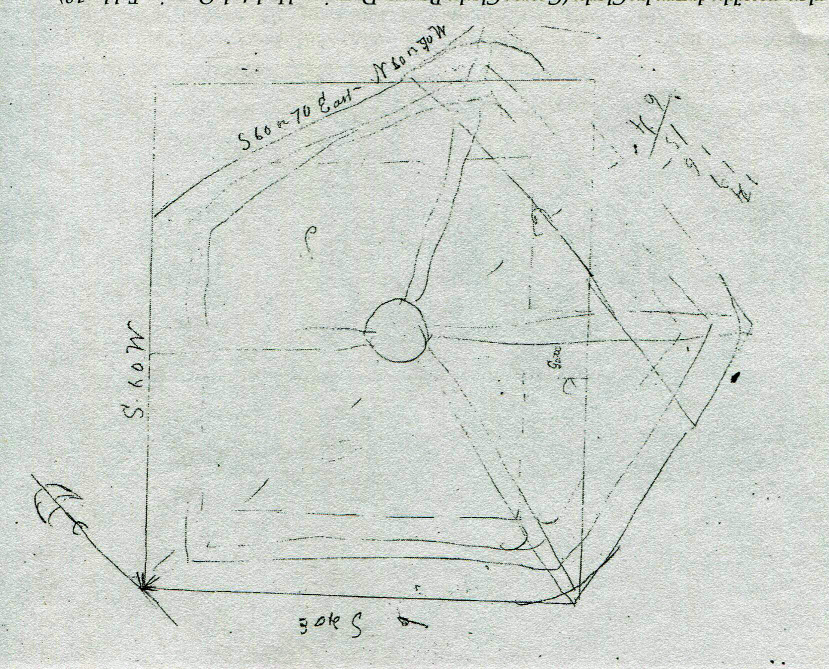 Below are receipts from orders made in the early 1800’s, many of which are from the G. Thorburn Seed Company in New York City.  Grant Thorburn  became a seedsman in 1805. He struggled through discouragements, failures, and even (in 1808) bankruptcy, and ultimately made his seed business one of the greatest in the world.  You can read his ‘Life and Writings of Grant Thorburn’ work from the New York Public Library here. 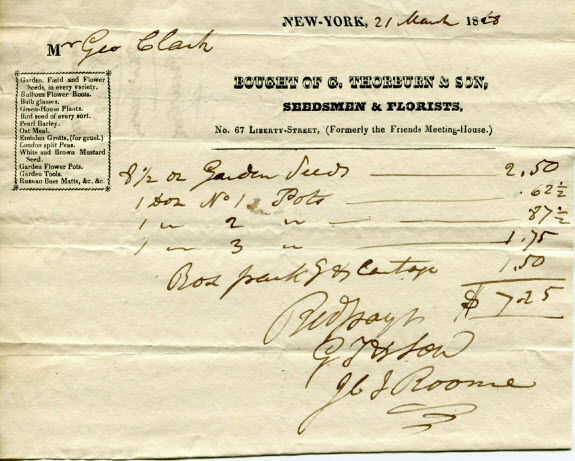 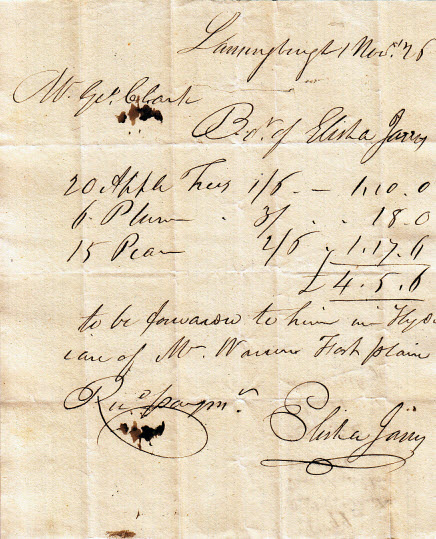 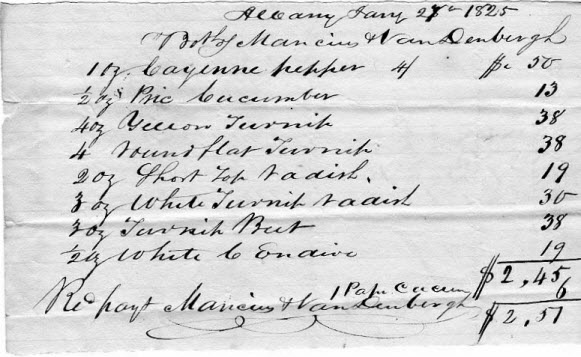 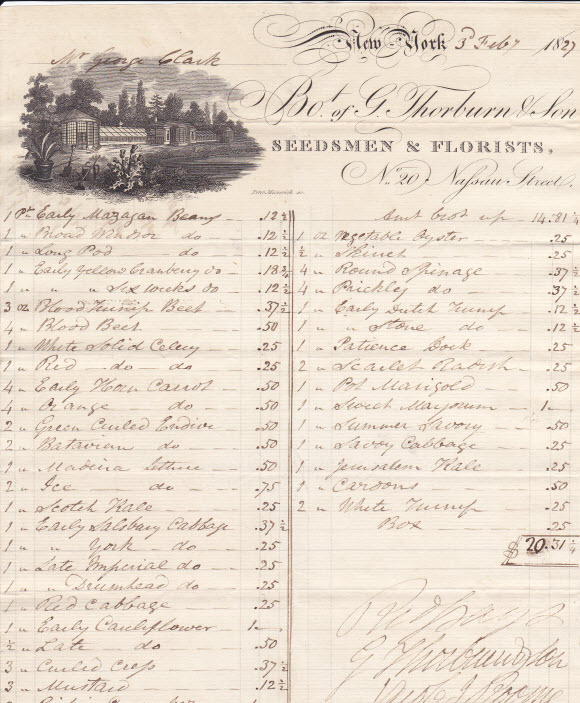