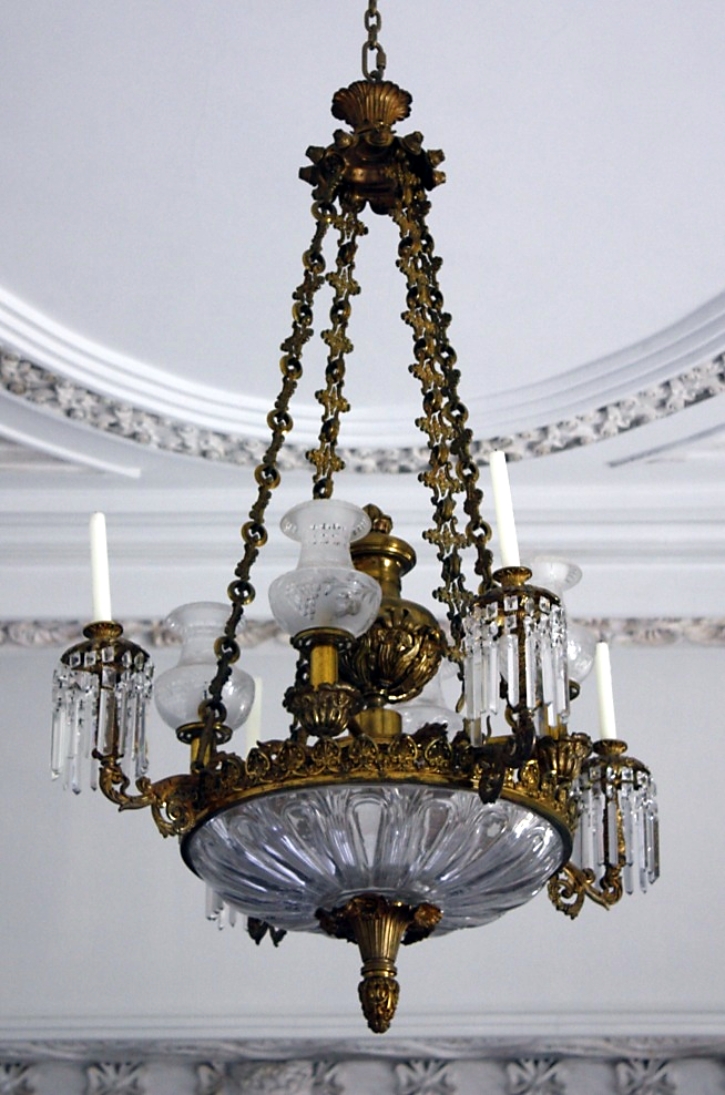 Made by an unidentified maker, probably English

This chandelier, described as a “Center Gilt, 4 Lt Lamp” in the original bill, was purchased by George Clarke (1768-1835) from Baldwin Gardiner & Co. on May 25, 1833, for $165.00. The hangings cost an additional $50.00 and were necessary to allow the chandelier to be pulled down for lighting, extinguishing and cleaning. Clarke also paid another $8.00 to have the argand burners converted to vapor burners.