A seemingly normal Monday ended with a thrilling find at Hyde Hall. In late May, collections staff made the unexpected discovery of two Ellen Emmet Rand (1875-1941) sketches tucked in a Clarke family scrapbook in Hyde Hall’s collection.

Larry Smith, Collections Manager, uncovered the images while digitizing the scrapbook that spans roughly from 1880 to 1910. The Clarke family packed the volume with wedding announcements, personal achievements, newspaper clippings, and family photos. While examining the final pages of the scrapbook, Smith found the previously forgotten studies tucked away.

“Having admired the Ellen Emmet Rand sketches for years that we have on display in the mansion, I knew immediately what I had found,” said Larry Smith. “I was astounded that a sketch by an important American portrait artist was simply tucked away in an old scrapbook.”

In the portraits, Rand depicts the youthful faces of two Clarkes, George and Anne Hyde in 1896. The children would have been 7 and 9 years old, respectively, when Rand took their likeness. She sketched the two separate portraits side-by-side on a single piece of paper, taking the time to jot the names of each child and signing the bottom right of the page.

Having studied drawing and painting in Boston and New York, Rand excelled at portraiture and produced hundreds in her remarkable career. She was a close family friend of the Clarkes and visited Hyde Hall often, generating sketches and other portraits during her stays. Hyde Hall houses several Rand portraits of Clarke family members and friends in its collection. Rand is best-known, however, as the first female artist to paint a presidential portrait. She painted three portraits of Franklin Delano Roosevelt, including Roosevelt’s first portrait after winning the election to the presidency in 1932 and his official presidential portrait in 1934. She was one of the first successful professional female artists in the United States.

“We’re thrilled to add these wonderful sketches to our collection of Ellen Emmet Rand artwork,” said Jonathan Maney, Executive Director at Hyde Hall. “She is a significant artist with an international reputation and to have her work on display adds much to our interpretation of 19th-century life at Hyde Hall.”

After further examination, the scrapbook will return to the Division of Rare and Manuscript Collections of Cornell University which houses thousands of other documents in the George Hyde Clarke Family Papers. The portraits will remain at Hyde Hall for audiences to enjoy and join other works in the collection later this season after further evaluation.

Gallery of the Louvre’s New Location at Hyde Hall

Hyde Hall’s magnificent copy of Samuel F.B. Morse’s Gallery of the Louvre now finds itself in the Drawing Room. We believe that this new location was the original position for the celebrated artwork based on recent evidence. Detective work on several fronts offers both primary source material and physical evidence to support the move. Personal correspondence and newspaper article have come to light detailing George Clarke’s purchase of the painting for his Drawing Room in 1834 from Morse. Two venerable spikes high on the wall in the northwest corner—9 feet apart— match the length of the original painting and provide forensic support to the placement.

Guidebooks to the Samuel F.B. Morse’s Gallery of the Louvre are on sale through our bookshop or at Hyde Hall’s Online Store.

This is a pastel portrait of Mary Gale Carter Clarke by Ellen Emmet Rand dated 1900 . 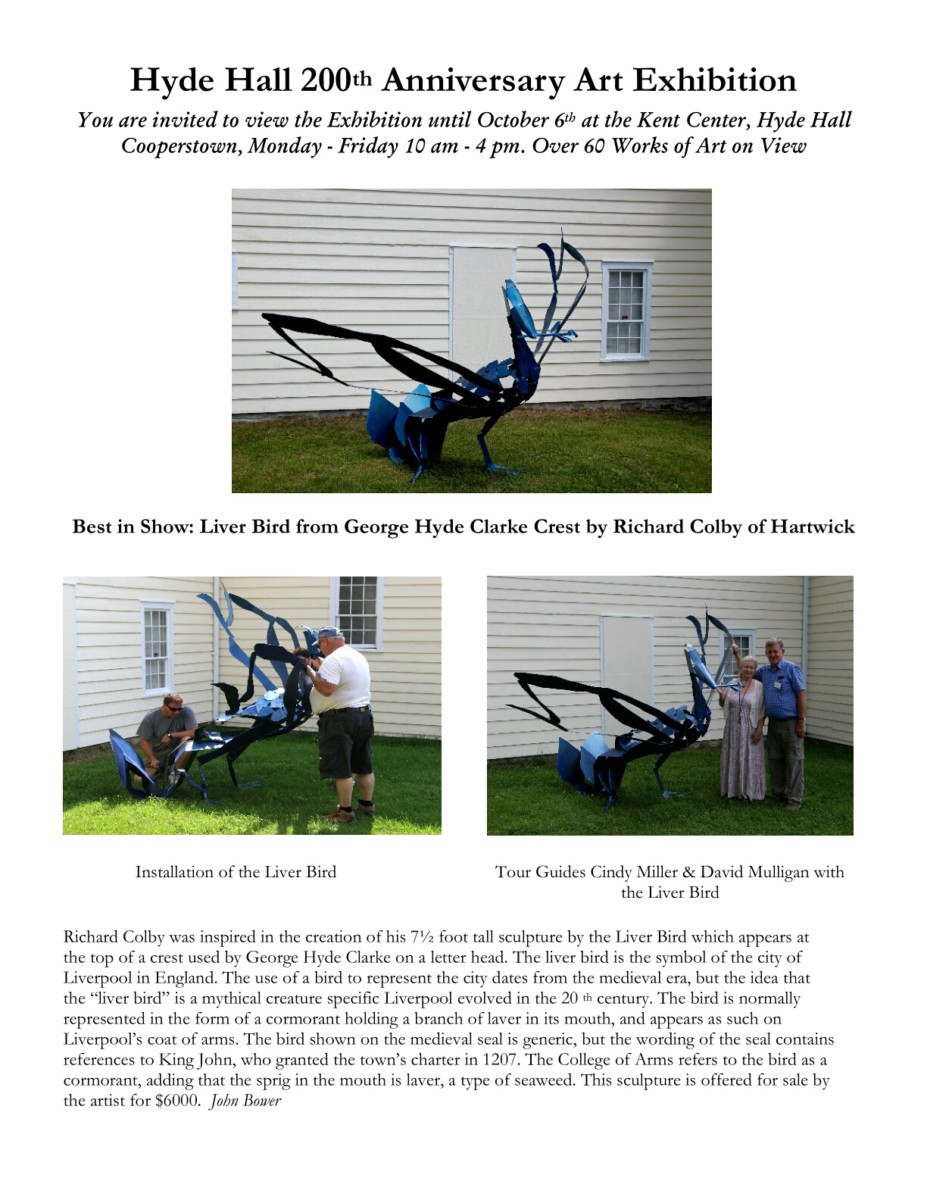