In the early days of roadways, bridges were typically constructed out of wood, which was plentiful, inexpensive and a fitting structural material.  Exposed wooden bridges would deteriorate quickly (10-15 years) from exposure to the elements, so to enable a more durable and long-lasting structure, bridges were built with a cover, in most cases including both a roof and sides.  Most covered bridges have been replaced to accommodate today’s vehicles and modern traffic.  There are only about 1600 original covered bridges remaining in the world today, and one of them was built as part of the Hyde Hall estate – officially the oldest covered bridge in NY. 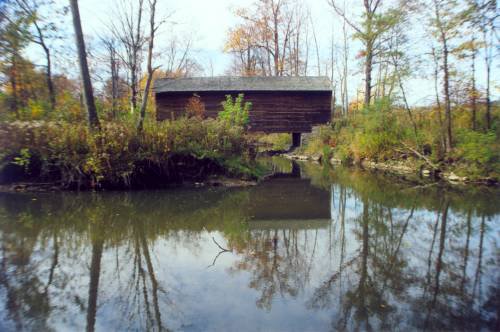 Hyde Hall’s covered bridge, built by George Clarke in 1825, is the oldest covered bridge in New York State. It is 53 feet long and one lane wide and has been on the National Register of Historic Places since 1998. It can be seen on the grounds of Glimmerglass State Park, which borders Hyde Hall and was once part of the great Clarke estate. It crosses Shadow Brook and is for pedestrians only. The bridge form is known as a Burr Arch. 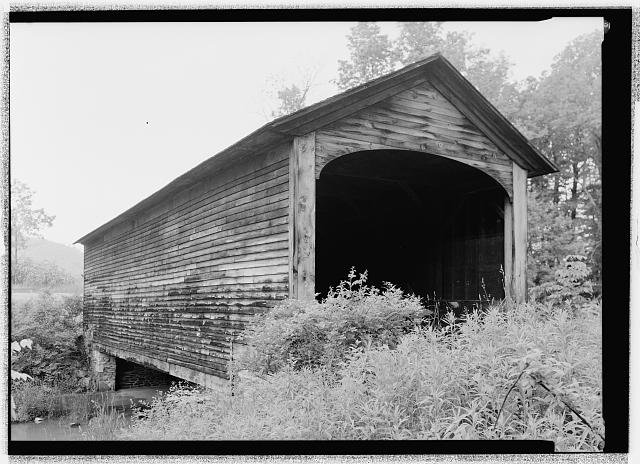 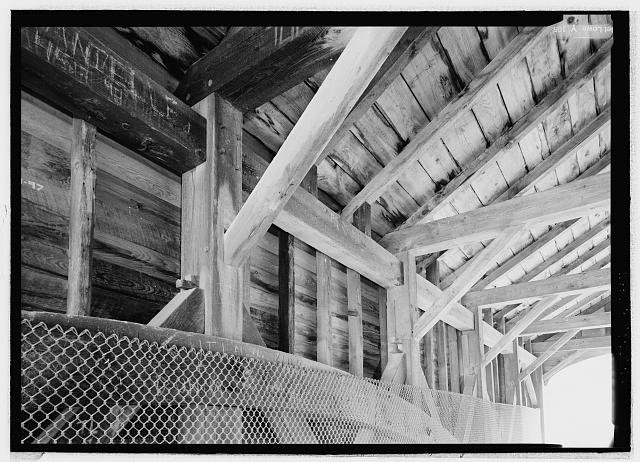 For more information about covered bridges and where to find them, visit the following websites:

The original drive of Hyde Hall included a crossing of Shadow Brook by means of this covered bridge which was built it 1825 by master carpenter Cyrenus Clark and stonemason Lorenzo Bates. 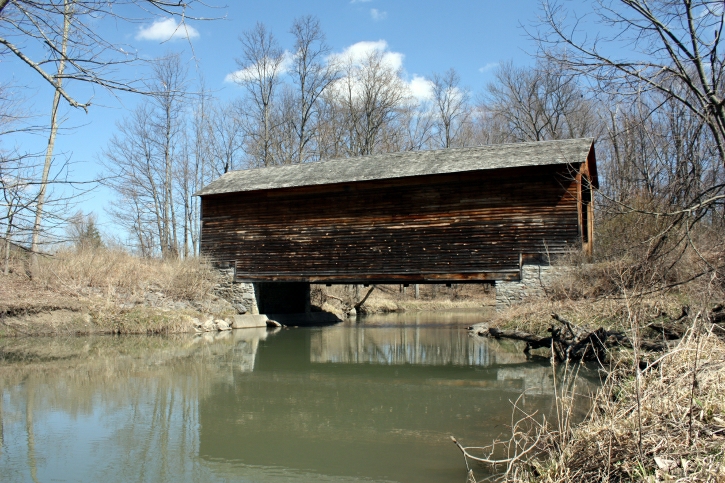 This covered bridge was part of the original drive to Hyde Hall as it crosses over Shadow Brook.
It was constructed by Cyrenus Clark with the assistance of carpenter Andrew Alden, and stone mason Lorenzo Bates, in the early1820’s, utilizing the Burr arch truss. Theodore Burr (1771-1822) of Oxford, NY, patented the Burr truss in 1817. The bridge was restored in the late 1960s by the State of New York and is the oldest documented, standing covered bridge in the United States