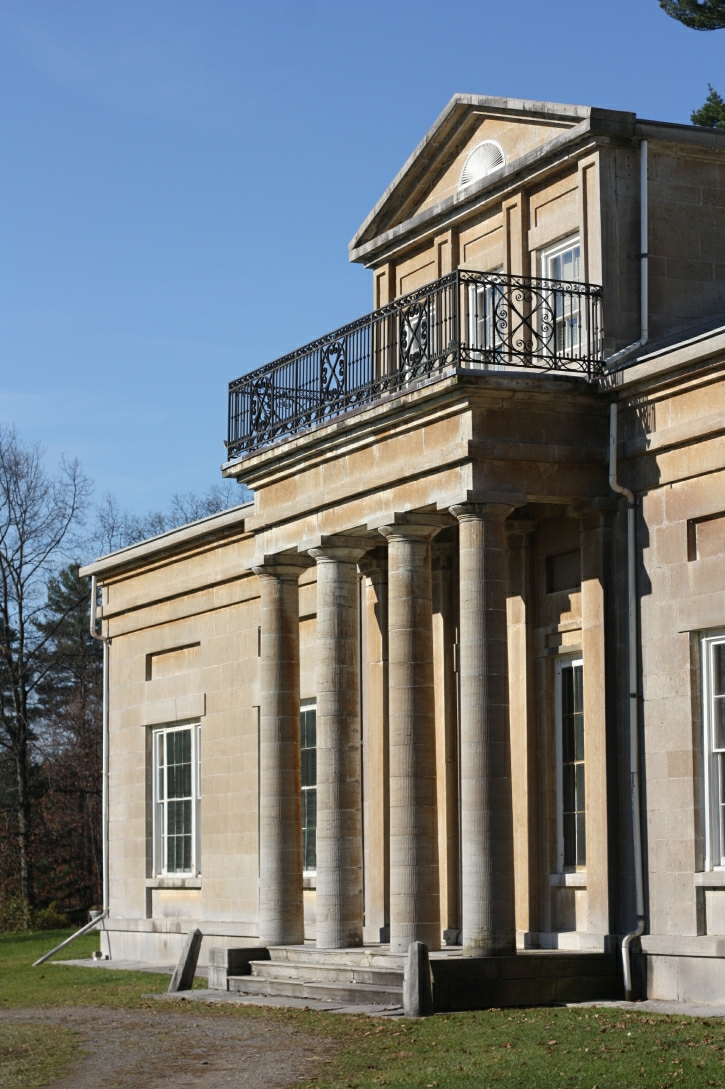 The portico of the Great House (1828-1833) at Hyde Hall is one of the earliest uses of the Greek Doric order in New York State. This view provides full perspective of the iron work done by Amos Fish of Albany, New York, in 1833. 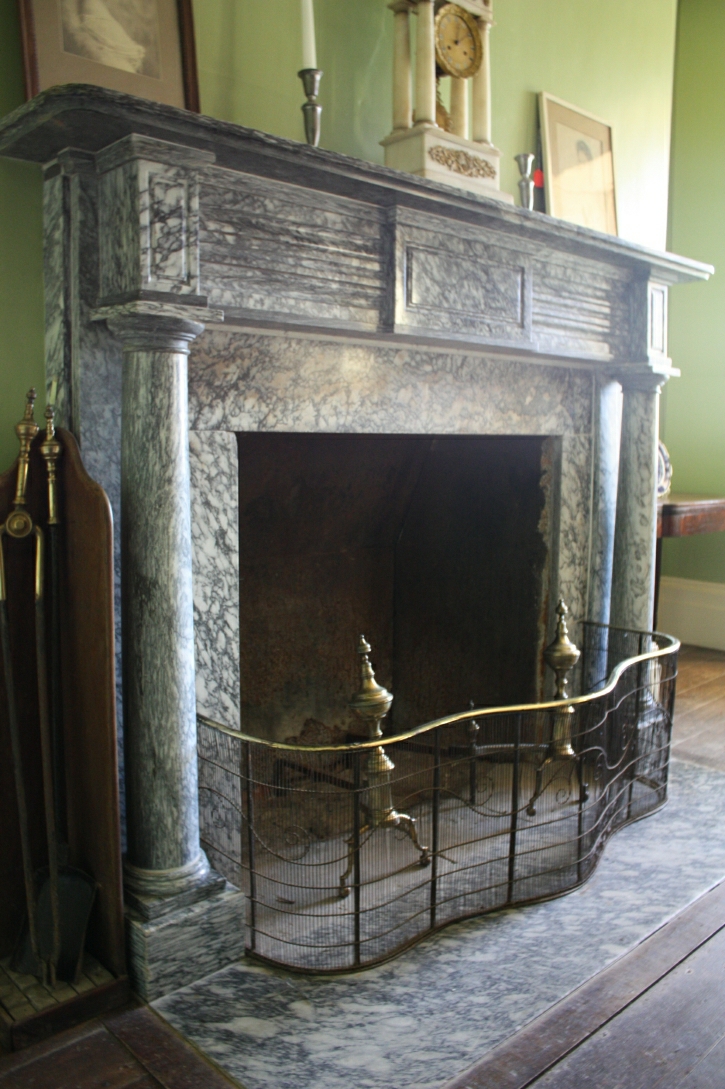 In 1819, George Clarke (1768-1835), purchased two mantels made of King of Prussia or Pennsylvania Blue marble from Abraham Labagh (1768-1855), a stone cutter and stone merchant in New York City. They were placed in the Inner and Outer libraries of the Stone House wing of Hyde Hall. 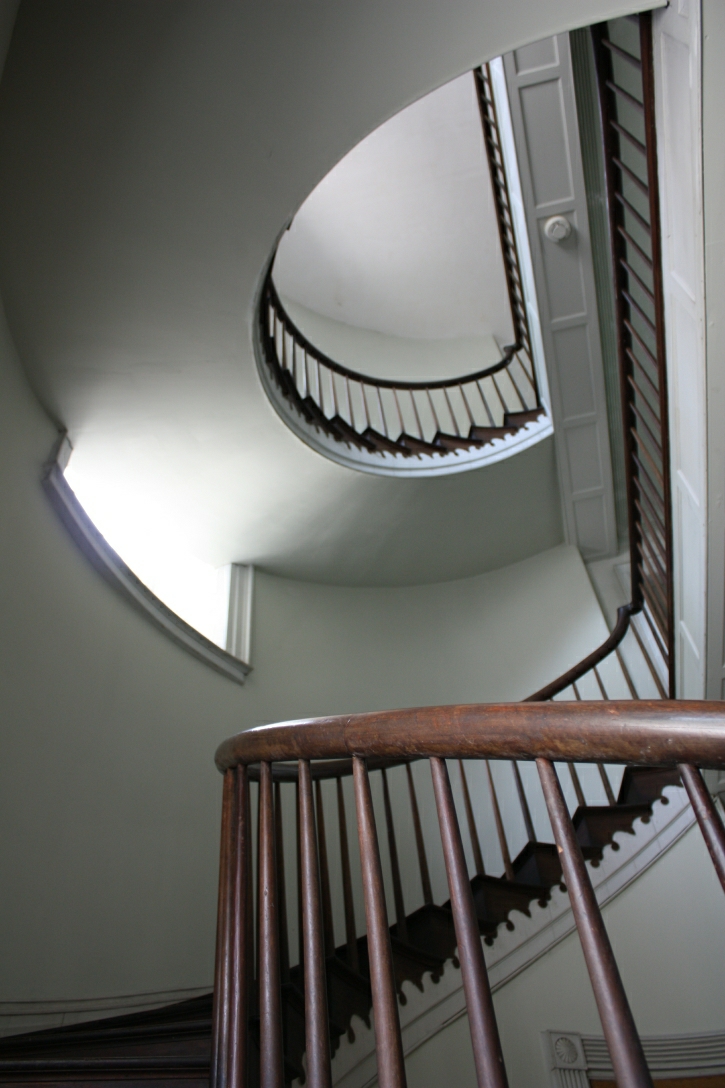 Another view of the main staircase at Hyde Hall. 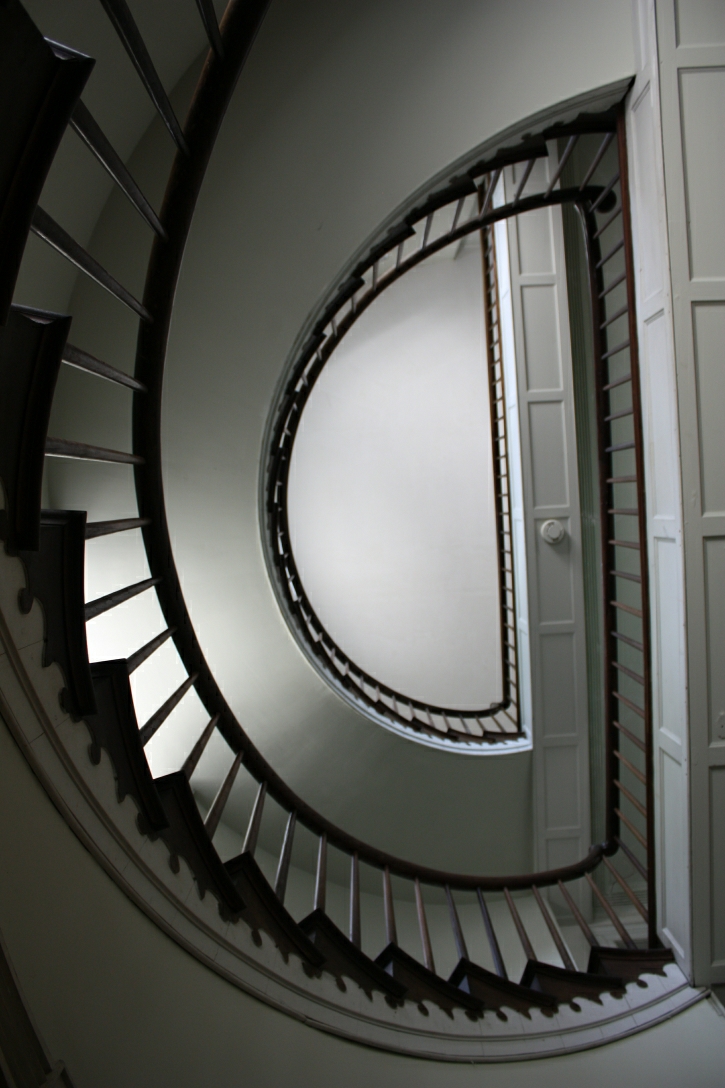 The staircase rises in two elliptical half-curves to the third floor. The steps and railings are mahogany, stabilized by several wrought-iron balusters painted and grained to resemble mahogany.