In 1832 mason Lorenzo Bates (1786-1859) constructed a substantial stone bridge across Shadow Brook to serve the heavy loads of grain and lumber to and from the Clarke water powered mills which were located on either side of the bridge. George Clarke (1768-1835) planned a village at the mills similar to the Village of Hyde near the English Hyde Hall, but his heirs did not continue the development and all the buildings had disappeared by the 20th century.

This bridge was completed in 2011 and provides access to Hyde Hall from Tin Top through its Mill Road entrance. The existing culvert, which replaced the original bridge in the early 20th century, washed out in June 2006.  The current bridge was modeled after an original 1824 drawing of a proposed bridge at the Hyde estate in Cheshire, England.  The bridge now acts as the main entrance to the Hyde Hall grounds. 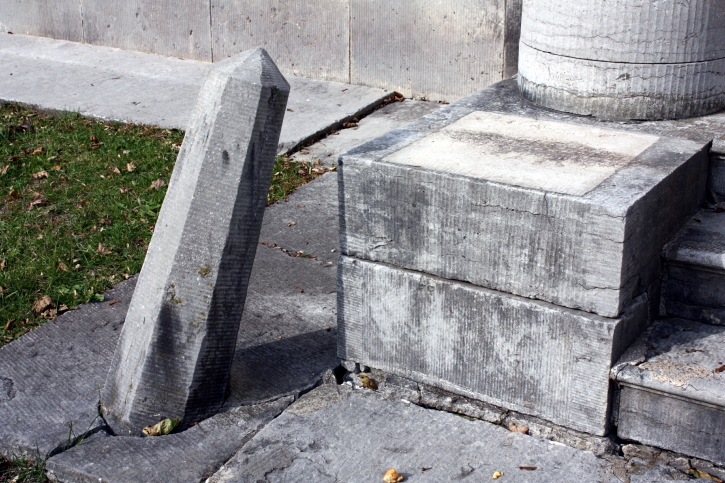 Positioned at the outer extension of the portico and the northeast corner of the Great House, the bollards appear to be misplaced fortifications, but they are not. They protect the building’s limestone from being chipped by too-close carriage wheels. The tilted bollard prevents damage to the carriage wheel hub on impact. 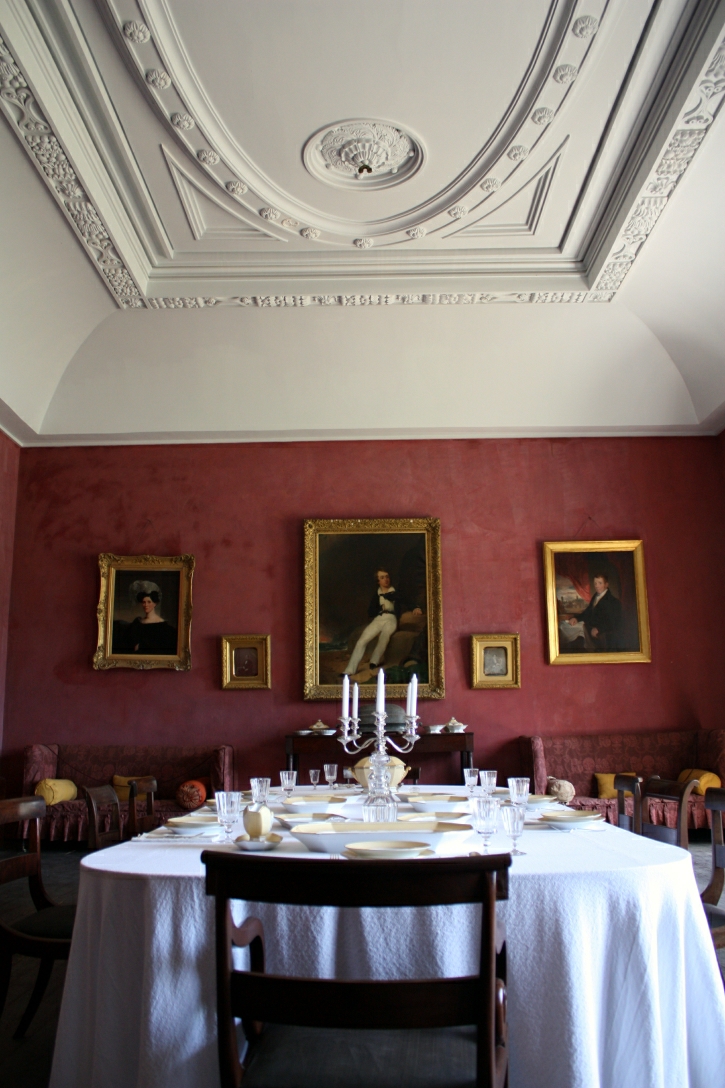 Completed and furnished is 1833, the dining  room at Hyde Hall has furniture purchased from cabinetmaker John Meads of Albany, New York, for George Clarke (1768-1835) in Albany in 1813. The chairs pictured were purchased in 1833.