Mahogany cased drumhead clock designed to look like a doric column. The face of the clock is marked with “R. Stewart Glasgow”. There was a Robert Stewart in Glasgow who owned a shop for silverware and clocks from 1840 to 1900.

Pictured above are two copper pots for the Hyde Hall Kitchen restoration. Nice, but what’s so special?

The restoration of the Kitchen complex requires fitting out with the tools that would have been used originally in food preparation.  These recent acquisitions illustrate details that set them apart from today’s manufactures. 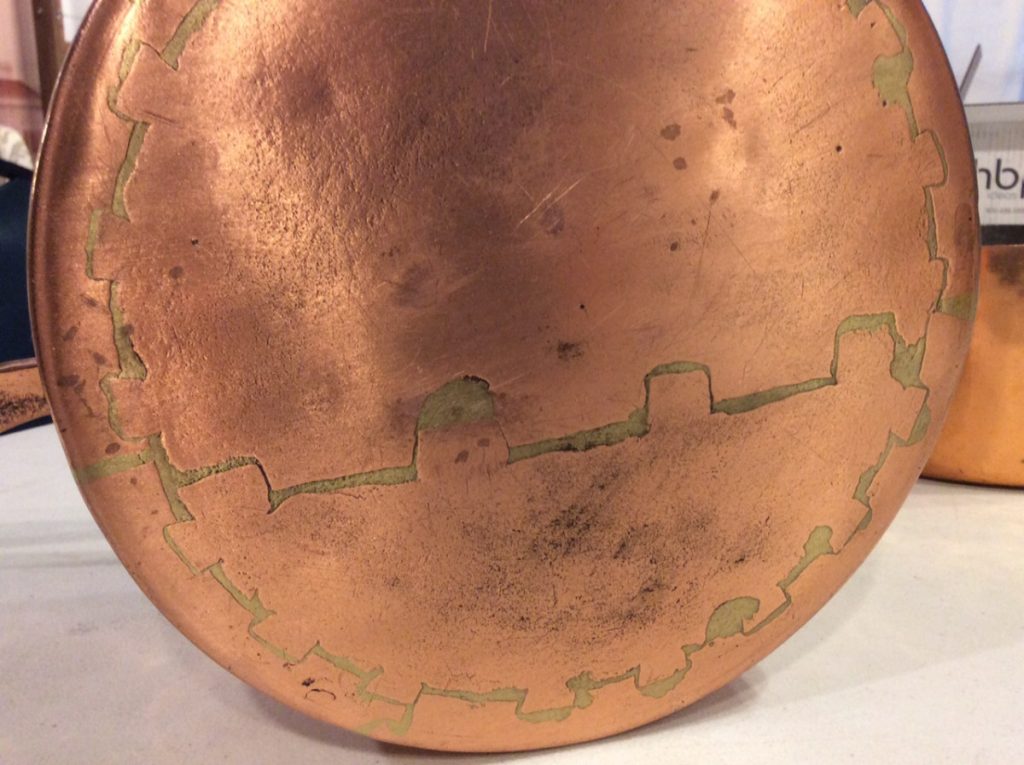 Did you know dovetails were used in copper pots?  You definitely wouldn’t see this in today’s cookware! 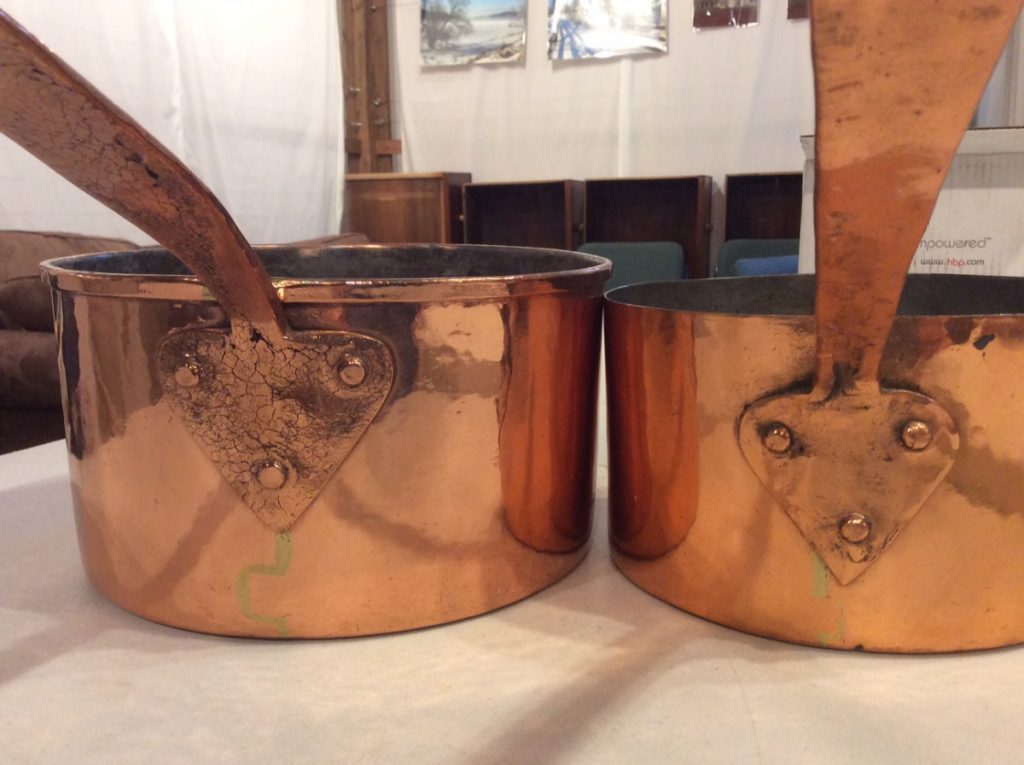 Look at the handmade detail used in attaching these handles!  These pots were crafted no later than 1840, and probably earlier. 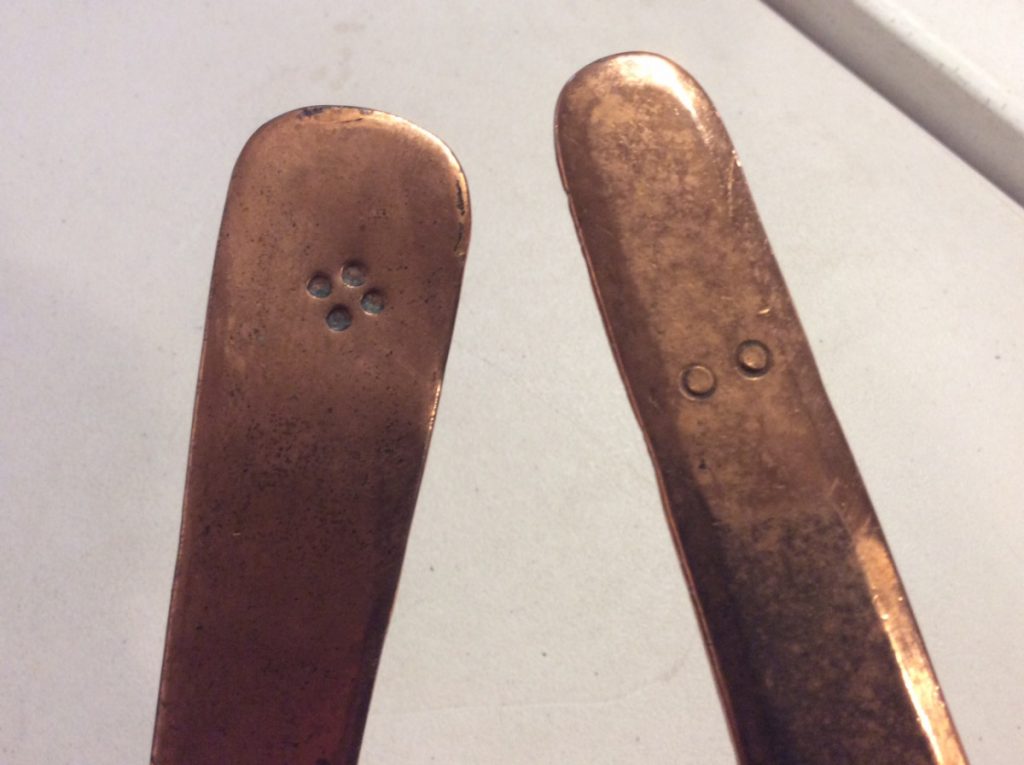 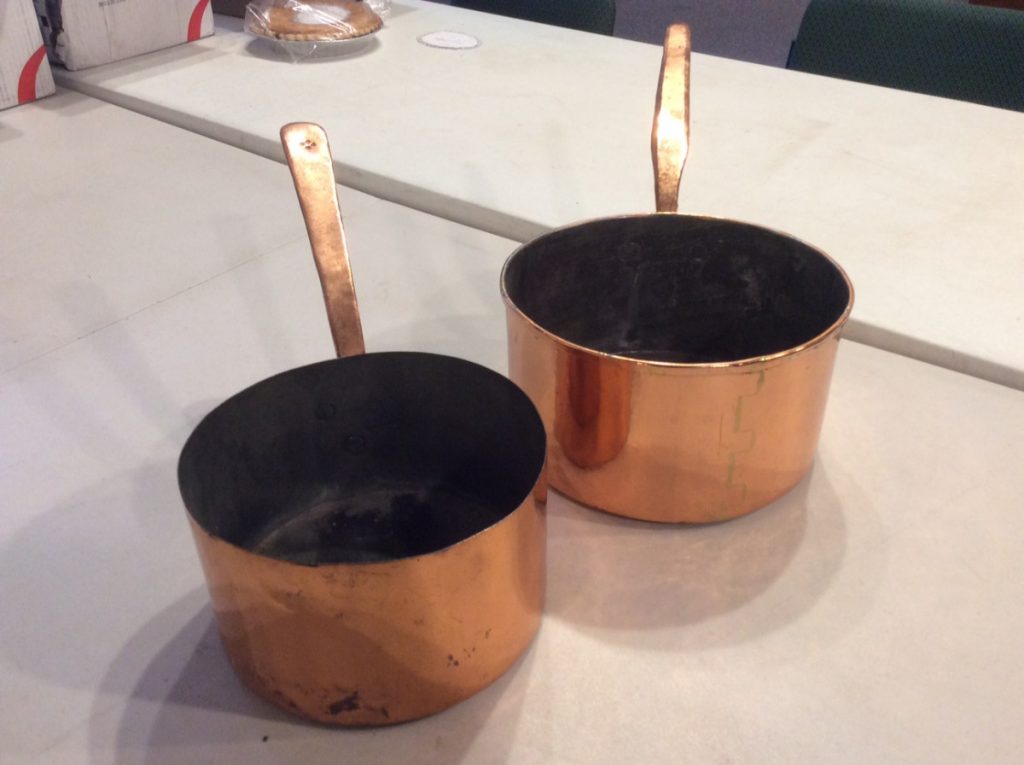 There’s more to these copper pots than first meets the eye!  We can’t wait to see them in our newly restored Kitchen at Hyde Hall (Restoration in Progress – check back for updates as we go along.) 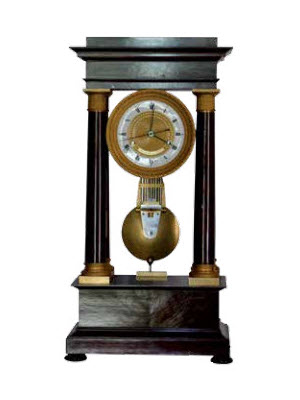 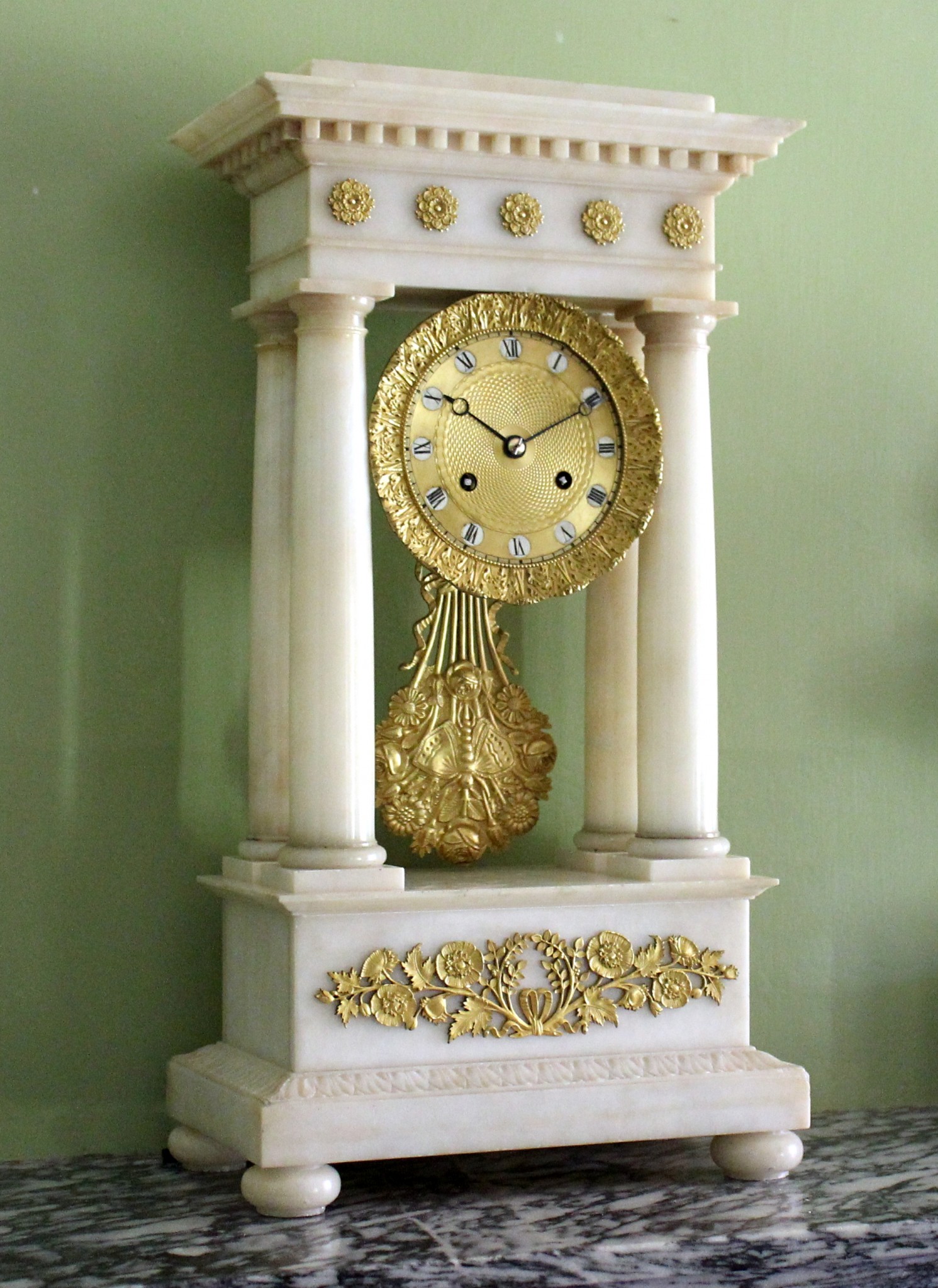 A high-quality, alabaster portico clock that is an original part of the furnishings at Hyde Hall has been completely restored and returned to the Outer Library mantelpiece. Manufactured in Paris in 1823, the clock had not been running for at least fifty years. Little Falls watch and clockmaker John Kovacik was commissioned to undertake a complete restoration of the clock, including the 8 day time and strike movement and the alabaster case. The movement and case were completely disassembled, cleaned, polished, and rebuilt. The ormolu mounts were also carefully cleaned and retain their original gilding.

Mr. Kovacik replaced the missing dentils using antique pieces of alabaster that exactly match the originals. The movement, which was heavily rusted, nevertheless retains its original springs in good condition (each dated 1823). After a thorough cleaning, polishing and re-bluing of the rusted gear arbors, the clock now functions as it did when George Clarke purchased it on August 15, 1824 from David J. Magnin, an early 19th-century New York City retailer of fine clocks and jewelry imported from France and England. The clock strikes a bell on the hour and the half-hour, producing a crisp, clear, pleasant tone.

This large and impressive clock joins two other important clocks at Hyde Hall: the Scottish drum-head tall case clock in the Main Hall and the beautiful French figural gilt clock and music box on the Drawing Room mantelpiece. Hyde Hall is proud to display its restored and working timepieces that now strike the hours for visitors at our fifty-room limestone mansion.