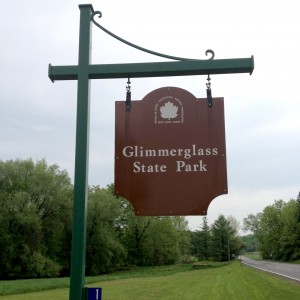 In June of 1963, the State of New York took possession of 600 acres of the George Hyde Clarke estate on Otsego Lake for development into a state park.   The Friends of Hyde Hall was formed in 1964 to save the house and help maintain it for the public’s use and enjoyment. It was immediately accepted on the National Register of Historic Places and subsequently declared a National Historic Landmark, the only such designation in Otsego County. In 1988, the Friends acquired a 30-year renewable lease on Hyde Hall and its immediate environs as well as responsibility for its restoration and management. The lease has been renewed for another thirty years so the restoration and sharing of the site with the public can continue.  The Friends of Hyde Hall was renamed Hyde Hall, Inc. in 1999, but its purpose remains unchanged.